Trying to Time the Stock Market Is Like Gambling 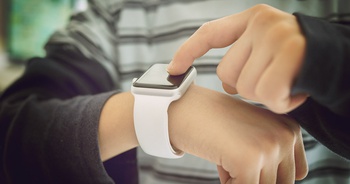 I recently timed the stock market almost perfectly. My mother passed away recently. This required me to cash out her retirement account within five years of her death. For a variety of reasons, I chose to cash out in August of 2018. As a result, my check was quite a bit larger than if I had waited until October. Yeah for me!

But… it would have been even higher if I waited a couple more weeks!!!

That is the trap of ‘market timing’.

Whenever we sell something it is natural to look back and second guess ourselves. Thankfully I had external reasons for choosing the timing that I did, so I can’t second guess myself as much.

Interestingly enough, had I had waited until now, the result would have been about the same.  The same is true of the great recession, just a longer time horizon. The market peaked in 2007, dropped by about 50% bottoming out in 2009, but then got back to 2007 levels by 2013.  Sleeping through a crash (by holding the position) is a great option - more on that later.

What I’ve found in researching it is, timing the market is random at best and a huge money-loser at worst. I feel like I timed the market quite well on my mom’s retirement check, but I admit it was by accident.

What is Timing the Market?

You’ve heard the advice: buy low and sell high. If you’re talking about the stock market, this is all about buying stocks when the stock market is weak and selling them when it’s booming.

That however is a fallacy, one that our brains are designed to fall for. That kind of bad advice "promotes an illusion of control: the belief that the gambler can exert skill over an outcome that is actually defined by chance."

That fallacy is promoted by major players in the stock market because it increases the trading fees collected by the brokerages and their profits.  It is okay if your time horizon is something like 40 years... but the shorter the duration the less likely it is to work.

No. Well, it can but only if you are lucky. You’d only do it frequently if you are like a gambler who thinks they are skilled at casino games.

If you are still not sure, here is a thread at Bogleheads: What Experts Say About Market-Timing vs. Stay-The-Course that starts with a huge list of ‘experts’ weighing in against market timing.

Market timing almost never works, and if it does it is due to random luck.

Trying to predict what will happen to the stock market in the future, whether you’re trying to predict a crash or big gains, rarely works. When you time the market right, it’s often just because you got lucky. That’s great if you’re cashing out so you can use the money for something else. But it’s not a good investment strategy.

The Alternative - Buy and Hold:

Investing is one of the few activities where it pays to be lazy. There’s research showing that the more ‘active’ an approach you take towards investing, meaning the more you are buying and selling, the lower your returns.

The strategy that consistently offers the best returns is to buy assets…and buy more assets… and then buy more assets, and don’t sell them. In other words, pay yourself first (save first), and then hold onto your accumulated assets for a long period of time which allows compounding to take hold.

Over the long run, the stock market has consistently shown strong returns. The exact time period does matter, but average historical returns for stocks that are held for a long period of time is around 9% (S&P 500 from 1928 - 2018 including dividend reinvestment).

What is really interesting is, missing even a handful of the best days the market has could significantly erode your earnings. Like crashes, it’s hard to know in advance which days will show major stock gains. If you’re buying and selling in an attempt to buy low and sell high, you risk missing out on those major up days!

Many Suggest the Best Strategy is Apathy (After Getting the Initial Setup Right):

According to the Bogleheads Investment Philosophy, the best investment strategy is done passively in an automated way. The idea is to invest regardless of the market conditions. That way you commit to saving regularly, it is done right, and don’t have to really think about it...

You do this because you understand what you are really betting on is the future of the global economy. Betting on an individual stock, the performance of a specific asset class over a short period of time, or even a given year is more like a casino bet than a real investment.

The Boglehead’s recommendation is instead of focusing on what to invest in, use index funds (which basically own a small slice of everything) and instead focus on lowering costs and taxes to maximize compound interest.

Compound interest is by the way, the holy grail of investing and what Einstein thought was the most powerful force in the universe.

Other than occasionally checking your asset allocation and balances, there’s no reason to make big changes in your portfolio unless you’re ready to use the money for something - like retirement. Selling your stocks / bonds so you can use the money for something else is perfectly logical, but selling in the hopes of avoiding a crash doesn’t work nearly as often as people would like it to, even among expert investors.

The post Trying to Time the Stock Market Is Like Gambling is part of a series on personal finances and financial literacy published at Wealth Meta. This entry was posted in Financial Literacy, Risk Reduction
Previous Post:

Will Social Security Run Out of Money? Graphs and Stats Here

Is Investing in Index Funds a Good Idea?