Social Security Colas: Everything You Wanted to Know 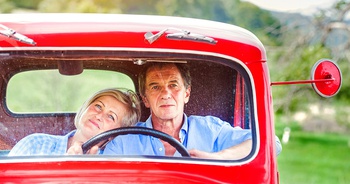 The cost of living has always been a dynamic aspect of human life. The goods we buy and services we use seem to always be gradually rising in price. Remember how things used to cost less when you were a kid? The effect is called inflation. It is built into the economy by policy makers and acts like a tax on savers and people who lend to the government (bond holders).

Recently, there has been a staggering rise in inflation in the US and across the world. For December 2021 the year over year inflation rate was 7%! The US has not seen inflation that high since 1982.

Inflation means higher prices for everyday items like food, housing, utilities, etc. These increases are sufficient to disrupt the personal finances and budget of everyone.

To combat the ill effects of inflation on people who are retired, a concept called ‘Cost of Living Adjustment’ (COLA) is used to help retirees keep up with rising costs.

As a consumer, it is crucial to understand the changes in COLA. This article walks through the complex topic of COLA in a simple manner.

What Is Social Security COLA?

Since 1935, the US Social Security Administration (SSA) has been helping millions of eligible citizens with social security benefits. This financial support is vital for retired, disabled, and family members of such citizens.

In 1975 the annual social security COLA was enacted by Congress to help protect households from the negative effects of inflation. Each year a person’s social security benefit amount is increased, sort of like getting a raise. In theory the raise amount is meant to match the increase in prices due to inflation. So given the raise you could still afford the exact same bundle of goods, instead of being forced to buy less.

Importance of Getting COLAs

Inflation is a retirement killer that can disrupt a retirement plan if it gets out of hand. Rising prices have an adverse impact on your purchasing power. For instance, a Snickers bar that cost $0.25 in the past now has a price tag of $1.00. To get an idea of how prices have actually changed over the years check out our inflation calculator.

Consider that some pensions do not offer COLAs. That means if you start with a $1,000 per month benefit that is all you will ever get. If inflation doubles prices in 20 years, that $1,000 per month would only buy half as many goods. That isn’t a great place to be in when you are in your 80s and living off a fixed income. With social security COLAs, after 20 years, your benefit would have increased to $2,000 per month which would allow you to enjoy the same standard of living.

How Does Social Security Calculate COLA?

To understand the Social Security COLA calculations, you should have a basic idea of the following terms.

CPI (Consumer Price Index) is the measure of the average change in prices paid by consumers over a specific time period on a wide range of products and services. The categories are weighted and the amounts are averaged down into a final number.

CPI-W stands for Consumer Price Index for Urban Wage Earners and Clerical Workers. This index corresponds to the monthly average change in prices paid by the mentioned categories to buy services or goods. So it is like CPI, but tweaked to exclude certain things in CPI that won’t really apply to ordinary consumers.

The way the government calculates the CPI/CPI-W is fairly technical and has been criticized as being out of touch with reality. Certain prices have increased much faster than CPI-W (such as health care, energy, college tuition, etc). Getting a small COLA vs huge medical care increases can be frustrating. CPI-W also does not factor in local considerations, such as supply and demand for housing in your zip code. It is a nationwide average.

In spite of these limitations, the Social Security Administration uses CPI-W to calculate COLA. The actual increase is based on the change in CPI-W from the third quarter of the year vs the previous year. That increase is then applied to your PIA (primary insurance amount) and then adjusted based on your retirement year.

Note that if inflation is negative or flat, your social security benefit will not be reduced.

Does COLA apply if you are already collecting benefits?

For social security - yes, your COLA increase is written into law.

If you have a pension from a private employer or other pension provided, you need to check with that provider for their COLA rules.

Do you get COLA if you are still working?

Strictly speaking, COLAs only apply to those collecting benefits.

However, as wages rise due to inflation, your past earnings are adjusted upward so the amount of social security credits you have earned is not diminished. The social security administration uses the average national wage index for this calculation. As wages rise your past credits hold their relative value.

There is a nuance here as past credits are indexed by the national wage index, not CPI-W, but the two are highly correlated.

Here’s a brief look at the notable percent increase of Social Security COLA in American history.

As you can observe, the table does not mention data from the years 1990 to 2008. The reason — COLA increased with a marginal rate of 1% to 4% in those years.

The Cost-of-Living Adjustment is essential for millions of American citizens to lead a decent life. The SSA considers the impact of inflation on the citizens and computes COLA accordingly.

It is crucial to consider COLA as an integral part of personal financial planning along with your active income. The latest Social Security COLA brings some relief due to the recent sharp rise in prices.

The post Social Security Colas: Everything You Wanted to Know is part of a series on personal finances and financial literacy published at Wealth Meta. This entry was posted in Personal Finance, Budgeting
Previous Post:

How to Minimize Student Loans While in College

6 Ways to Improve for Investing IQ

I am waiting to sign up for SS until next year when I turn 70. Would it be wise to sign up this year and get the cola increase for 2023? Thank you.

@bob - I believe you get the COLA no matter what, you might try asking on bogleheads.org

Bank Statements - How and Why To Read Yours