The Inverted Yield Curve and How Well It Predicts a Recession 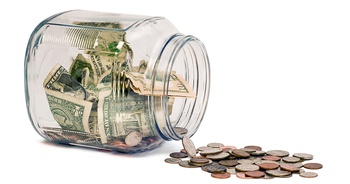 If you follow business and stock market publications, you’ve probably picked up the talk about yield curve inversions recently. This makes some people jumpy, expecting a recession is coming. Others say that worry is misguided.

What is a yield curve?

A yield curve refers to a graph of the relative returns of different durations of treasury bonds.

In a ‘normal’ yield curve, longer-term debt has higher returns so it slopes up. Yield curves are considered ‘inverted’ when short-term bonds have a higher yield, or return, than long-term bonds and the line slopes down. 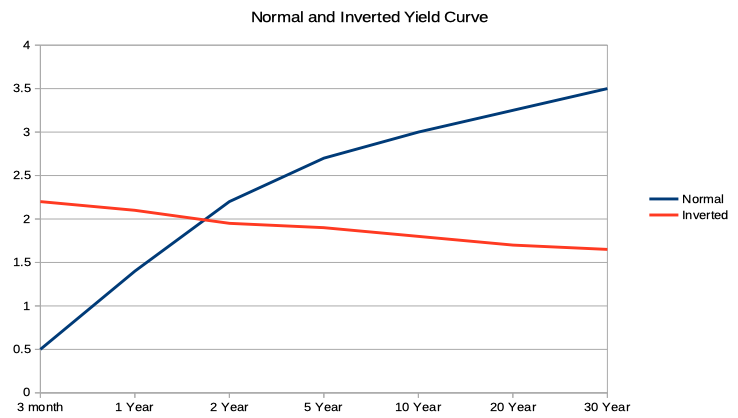 During periods of healthy economic growth, the yield on a 30-year Treasury bond will be about three points higher than the yield on a three-month bill. The yield curve inverts when investors expect a coming recession and create more demand for longer-term bonds, driving the yields needed to attract investors to those bonds down. At the same time, demand for short-term bonds falls, driving the interest rates for those bonds up.

Why does a yield curve inversion make people nervous?

Economists consider inverted yield curves to be a reasonably most reliable indicator that a recession is coming, but if and when a recession hits is an open question. As the table below shows the market can continue to rise for many months after a yield curve inversion.

Are we headed for a recession?

In my opinion, anyone who claims to know for sure that we are or are not headed for a recession is deluding him or herself, or purposefully deluding others. Here’s why:

An inverted yield curve has historically been among the most reliable predictors of an upcoming recession. While that does not mean a recession is inevitable, it certainly means there is reason for concern. Some analysts say the yield curve has to stay inverted for at least a full quarter to accurately predict a recession, and that has not happened. There is good news, though: your investment behavior shouldn’t change, regardless of whether or not a recession is on the way.

The post The Inverted Yield Curve and How Well It Predicts a Recession is part of a series on personal finances and financial literacy published at Wealth Meta. This entry was posted in Financial Literacy
Previous Post:

Costs and Benefits of Preschool vs College