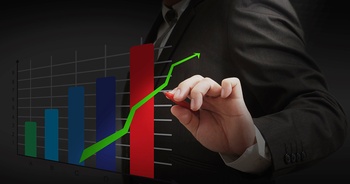 I believe many don’t know the difference between stocks and bonds. What are stocks? What are bonds? What are the risks when investing in them? You will get answers to these and some other questions in this article.

Bonds represent debt issued by a company (a promise to pay back with interest). Bondholders do not own any of the company’s capital or have any voting rights. In addition to companies, bonds can be issued by federal, state, and municipal governments.

When investors buy bonds, they get regular payments as interest similar to a savings account. These interest payments are called coupons. The amount can vary according to the rate at the time of issue, the duration of the bond, and the company’s credit rating.

Variable-rate coupons indicate that the coupon rate can be revised from time to time.

Zero-rate coupons mean coupons that do not pay interest over time but are issued at a large discount and mature to a minimum value (e.g. you buy the bond for $95 and it is worth $100 in 1 year).

On the other hand, stocks represent owning a small sliver of the company. Their return is associated with an increase in the price of the company's shares (based on growth, profits, successful new product lines, cost cutting, etc). So in other words, making money on a stock relies on being able to sell it to someone else at a higher price in the future based on that company’s success. Some stocks also pay dividends, which represent a return of the company's profits to shareholders. Dividends work like interest on a savings account or a bond, but can be a lot more variable.

Ordinary shareholders have the right to vote, but there is no right to vote for certain classes of shares. Investors have the right to vote on issues that need to be resolved by the company's board of directors. An example of a vote is whether to accept a takeover bid or when it comes to voting on whether a board member should be removed from his or her seat. Bondholders, on the other hand, do not have the right to vote. For average investors who own infinitesimally small amounts of a company voting rights don’t mean much, but you may be asked to vote on certain issues even if you only own a few shares.

When it comes to corporate bankruptcy, shareholders and bondholders are treated differently. First, the owners of the bonds are paid, who are compensated from the income from the liquidation. Shareholders are the last to receive any money, and only get anything if there is money left over after paying off all creditors (which includes bond holders).

That said, bonds are not completely safe. Depending on the terms of the bond there may be other creditors in line ahead of you. If bankruptcy occurs, it sometimes happens that the bondholders cannot be paid in full. That can mean a 100% loss. That is why bonds traditionally pay a slightly higher interest rate than a regular savings account. Savings accounts are insured by the government (FDIC/NCUA) but bonds are not.

How Bonds and Stocks Work

Bonds represent a debt the company owes to the bondholder (who is the lender).

Bonds have a maturity date and can be anywhere from 1 year to 30 years. When the maturity date is up, the company owes the bond holder the face value of the bond.

Along the way, the bond issuer makes coupon payments to the bondholder based on the bond’s interest rate (also called the yield). These payments may be monthly, quarterly, or annually.

The situation is different with stocks. The more shares investors buy, the more they will own of the company. Shareholders participate in both the company's profit and loss.

If the shares of a company are currently trading for $50 per share, and the investor has $2,500 to invest, it means that she can buy 50 shares.

If you want to view how stocks and bonds have done in the past check out the Portfolio Allocation Calculator.

Stocks and bonds are traded in different ways. While stocks can be traded on 13 registered US or international exchanges through a personal broker, bonds can only be traded over the counter (OTC), as there is no exchange where bonds can be traded.

As mentioned, bonds are bought through OTC, and they can be accessed by brokerage firms and institutional investors, which includes banks, pension funds and asset managers. The primary market for institutional investors are investment banks through which corporate bonds are issued. Retail investors buy and sell bonds through brokerage firms and they represent the secondary market. If you want to buy bonds they may require more capital, and the initial face value of the bonds starts at $1,000 and is usually sold in series of ten. However a more common way to buy bonds is to buy into a bond fund, either an ETF or a mutual fund. With a bond fund you get a position in a fund that owns a large pool of thousands of bonds.

In the past, stocks were bought and sold on stock exchanges, and sellers and buyers had to be physically present. Today, everything is done electronically controlled by algorithms that dictate sales and purchases for institutional and professional traders. In addition to shares, other instruments such as funds (ETFs) are traded on stock exchanges. One of the well-known American stock exchanges is the New York Stock Exchange (NYSE). Tens of millions of transactions are executed every day.

Investors can access the stock exchange listing using a brokerage account. Most brokerage firms require a minimum amount to open an account, but shares themselves can be bought individually (or even fractionally in some cases). It used to be that any order below 100 shares was an “odd-lot” that incurred extra transaction fees, but that is a thing of the past. In order to buy shares in a company you need to know its ticker symbol (one to four letters). For example Apple’s ticker symbol is AAPL and Microsoft’s is MSFT.

Similar to bonds, stocks can be owned individually (such as buying shares in a given ticker symbol), or through a stock fund (ETF or mutual fund) that owns a collection of stocks based on whatever that fund targets (US stocks, international stocks, sector funds, etc).

Income and Taxes - Bonds vs Stocks

How investors in stocks and bonds earn the money and pay taxes on their gains is very different.

Income and Taxes for Bonds

When investors buy bonds, they expect capital security and predictable income. The yield (interest rate) is locked while the investor holds the security. Bond coupons are paid on a regular basis and are taxed as ordinary income.

To avoid taxes on bonds they can be held in a non-taxable retirement account such as an IRA or 401(k). This is referred to as “asset location” and can be a valuable planning tool for minimizing taxes.

Income and Taxes for Stocks

To make money from stocks, investors can either earn dividends or sell the shares at a higher price than what they paid. The old “buy low sell high” rule.

For example, if they bought 1,000 shares at $47 and later sold them at $171, you would incur a $12,400 gain in that tax year. If the shares were held for more than one year, they are taxed at favorable capital gains rates, called long term capital gains. If they were held for less than a year, it is considered a short term capital gain which is taxed as ordinary income. So holding a position for at least one year is generally better from a tax standpoint.

If instead the shares were sold for $32, that would be a $1,500 loss. That can be used to offset for other long term or short term capital gains in that tax year.

Dividends on shares represent the distribution of the company's profits. Dividends are usually paid quarterly. Investors can do two things - either keep dividends as cash income or reinvest them (buying more). With mutual funds the dividends are typically automatically reinvested. Whatever investors do, dividends are taxed as a combination of ordinary income and long-term capital gains depending on the way the company does it. These taxes on dividends eat into total returns. That is why having a retirement account that grows tax free such as an IRA, 401(k), or Roth account is so powerful.

According to historical data, stocks have had greater overall returns than bonds. This makes sense because the greater the risk the greater the reward. Coupled with those high returns, stocks have also had extended periods of negative performance. Generally bond performance is a lot more stable. The theory is when stock prices happen to fall, investors “seek safety” and transfer their money to lower risk bonds thus raising bond prices.

The shorter the time period you are considering the more likely you are to see random variation.

Conclusion: I hope this article has served you in getting to know stocks and bonds and their characteristics.

The post Stocks vs Bonds: Similarities & Risks is part of a series on personal finances and financial literacy published at Wealth Meta. This entry was posted in Financial Literacy, Net Worth
Previous Post:

Bank Statements - How and Why To Read Yours