Should You Stay Home with the Kids 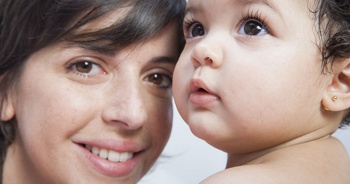 Many parents have every intention of taking a couple months off when their child is born and then heading back to work. But even parents in the top income brackets might be in for an unpleasant financial surprise: Childcare in the United States is really expensive.

In many states, the cost of putting an infant in full-time daycare is higher than the in-state public college tuition. Full-time infant care costs more than 12% of the median income in many states. Once you have more than one child to care for, the costs become even more staggering. Nationwide, the annual cost for putting one child in a daycare center ranges from $5,000 to $18,000. Home-based care centers are often cheaper, but still cost thousands of dollars per year.

According to research by the Pew Center, the number of stay-at-home moms has recently started increasing after declining for decades. The cost of childcare is a likely explanation.

The cost of childcare becomes even more staggering once you have more than one child, or if you have a single-parent family. In many states, low-income families would have to pay more than 100% of their salaries to put two children in a daycare center.

So does it make financial sense for one parent to quit work until the child is ready to start public school?

In the short-term, it might make the most financial sense. However, being a stay at home parent comes with hidden costs both for the parent and the child.

Losses Multiply Due to Paused Career

According to Center for American Progress, the cost of taking time off of work in your 20s or 30s is far greater than your lost salary. A hypothetical 26-year-old who makes $40,000 per year and takes five years off to care for children will lose around $642,000 over the course of his or her career due to the time he or she took off of work. Those loses are due both to lost wages as well as to missing out on promotions and wage growth as a result of the time off.

That estimate might be conservative: Other researchers estimate that for each of year you take off work, you lose four times your annual salary over the course of your lifetime. There is also likely a multiplier effect: Taking one year off work doesn’t lead to the kind of skill loss that will hamper your return to the workforce, but five to seven years off work will.

It’s In Your Child’s Best Interests To Socialize

The good news is that your child’s best interests align with the best financial choice, at least somewhat.

To explain: A high-quality preschool program is better for your child(ren)’s development than staying home with mom or dad. Children who attend preschool enter kindergarten with better verbal skills and better math skills, as well as more developed social skills and a better command of the social skills and behavior appropriate for a classroom setting. Attending a good preschool will positively influence your child’s life for years to come. The caveat, of course, is that high-quality preschool programs are the most expensive childcare option, but your child won’t benefit nearly as much from the low-quality day care programs that tend to be less costly.

Flexibility is the Key

Having a job that is part time or allows a flexible schedule can really help give you and your child the best of both worlds. On the days you work you may be able to find a daycare or part time nanny. With that arrangement you get to keep your career, your child gets the benefit of socialization, and you also get to spend plenty of time with your child too. Not all jobs allow flexibility, but it is something to consider as a kind of ‘second paycheck’ when comparing options.

Don't expect to get a lot of work done while watching a child. This picture is basically what it looks like: 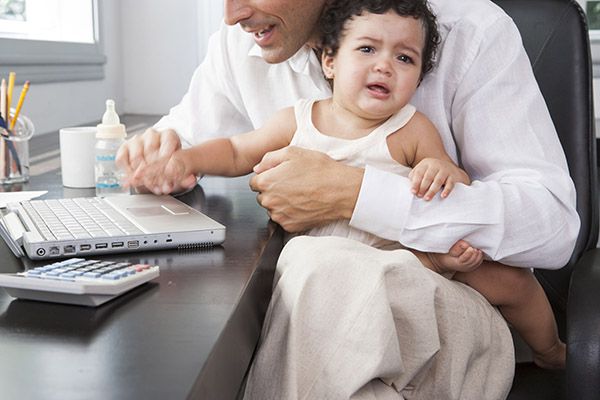 The bottom line is that paying for childcare is a struggle for most families. Some guidelines suggest that you shouldn’t spend more than 10% of your income on childcare, but in most places there isn’t a lot of variation in child care costs, so if you want high-quality childcare you have to pay the going rate, no matter how much it is.

The post Should You Stay Home with the Kids is part of a series on personal finances and financial literacy published at Wealth Meta. This entry was posted in Family and Finances
Previous Post:

Is Buying or Renting a Home Better? Simulator Results

Seems like flexible work schedule or part time work is the best of both worlds-parent gets to continue their career (and limits loss of income) and child benefits from social interaction. Even better if in a two parent family that one or both parents have flexibility (or reduced hours)