If a thief gets into your checking account, they can drain your checking account plus your savings account if overdraft is turned on. Overdraft may not be worth the risk if you have even a small amount of money in savings. In this post we break down how overdraft really operates from our security biased, non-bank point of view.
Wealth Meta
https://www.wealthmeta.com/
Michael
/users/03bd0daec1f6168d93235c291c09c853/michael
April 30, 2018, 9:47 p.m.
Sept. 18, 2017, 4:33 p.m. 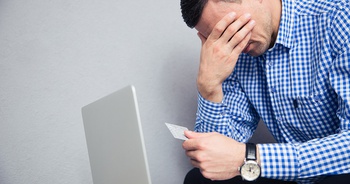 If a thief gets into your checking account, they can drain your checking account plus your savings account if overdraft is turned on. Overdraft may not be worth the risk if you have even a small amount of money in savings. In this post we break down how overdraft really operates from our security biased, non-bank point of view.

Most banks will try to sell you on overdraft protection. Before 2010 they could enroll you automatically without asking you. When enabled if you make a purchase by check or debit card that you don’t have sufficient funds for the bank will help the transaction to go through anyway. Funds to make up the difference come from two potential sources. One is a short term loan the bank gives you at a very high interest rate (the total amount you can overdraw is capped at an agreed upon maximum). The second is where the bank transfers funds from your other accounts, called linked accounts, to cover the difference. Using linked accounts to cover what would normally result in a bounced check or denied debit card purchase (non sufficient funds) is very dangerous in terms of theft, see example below. Linked accounts could be your savings account or even a line of credit.

Banks enjoy charging a fee for this service, quoted somewhere in the fine print, which can be as high as $50 a pop! The bank says enabling overdraft makes life ‘safer’ because you won’t accidentally bounce a check. Overdraft also saves you from the ‘embarrassment’ of overdrawing your debit card and being declined. In reality it is a huge money maker - banks collected over ~$32B in overdraft fees in 2013.

Consider that your checking account number isn’t much of a secret. It is on physical checks, copies of checks, checks lost in the mail, and likely in countless online database (PayPal, Venmo, your employer’s HR system, etc). Debit cards link to a checking account and are similarly vulnerable. If a bad guy wants into your bank account, the first place they would try is through your checking account.

On the other hand, your savings account number is pretty much a secret. It make sense to keep the important stuff, such as your emergency fund, in a place that is secure. Linking overdrafts to your savings accounts basically takes something that should be secure, like your life savings, and opens it up to theft.

Scenario with overdraft (what it is intended for):

He writes a check to pay the rent for $750, not realizing that he doesn’t have the funds to cover it with his checking account alone.

Bob’s landlord cashes the the check, and it goes through from the landlord’s perspective.

In the background, Bob’s bank zeros out his checking account, and shifts $250 from savings to cover the remaining amount owed. Bob’s bank also charges an overdraft fee for doing this of $25.

Now Bob haz $0 in checking and $725 in savings. The good news for Bob is, his rent check went through without hassle. He got dinged $25 from the bank, but this little mistake isn’t a blemish on this rent history and he didn’t get fined for a late payment and a bounced check by his landlord. This sort of thing is exactly what overdraft protection is designed to help people with.

Nightmare scenario with overdraft (why it is such a bad idea):

Mary was doing great up until she had her purse stolen by a drug crazed mugger last week. The thief got away with her purse which contained her driver’s license and checkbook.

After getting mugged Mary was in a fluster and she neglected to have all the check #’s canceled.

Mary has learned that since her purse was stolen someone used her checkbook to buy a used car for $10,000 at a shady car lot in another state! The bank accepted the check (complete with a forged signature the thief got off her driver’s license). Due to overdraft protection, the check cleared, allowing the mugger to drive off into the sunset. Mary now has $0 in checking, and $475 in savings after the $25 overdraft fee. She probably won’t be seeing her $10,000, the used car bought with her money, or the thief anytime soon. What a nightmare!

Summary of the pro’s / con’s of overdraft protection with linked accounts:

Overdraft protection is great for those who:

Overdraft protection is a liability for those who:

Overdraft protection is pointless for those who:

Overdraft protection is GREAT for thieves: 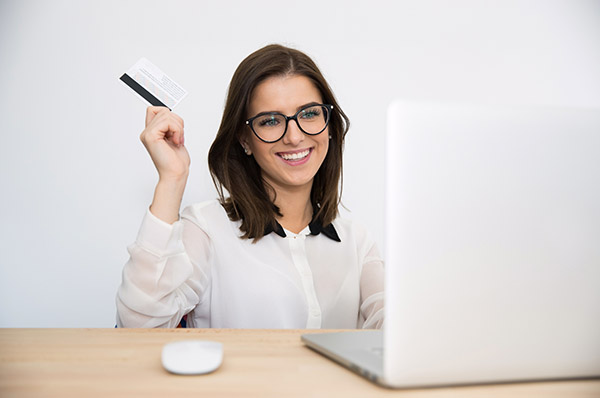 This post was inspired by a conversation with a fellow WM staff member. The same day I checked with my bank to see if overdraft was enabled or not, and what accounts were linked to the overdraft. Overdraft is an easy thing to forgot about especially if you opened the account years ago or rarely incur fees. If the account was opened before 2010, overdraft may have be turned on automatically or without your permission!

The post Overdraft Protection - What Banks and Thieves Love is part of a series on personal finances and financial literacy published at Wealth Meta. This entry was posted in Risk Reduction
Previous Post:

How Much Is "Enough" for Retirement?

How to Improve Your Credit