Nine Types of Wealth You Can’t Measure with Money 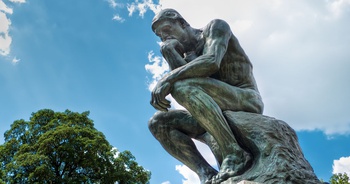 What does it mean to be wealthy? Most financial advisors will give you a narrow definition - it’s all about how much money you have. Wealth equates to "an abundance", but if money is prioritized above all else so many other important things are sacrificed.

For example what’s the point of having money if you’re so busy you can’t do the things you want to? Why have a beachfront vacation home but no friends or family to share it with? Why worry so much about retirement if when the day finally comes you'll be too sick to do anything but lay in bed hooked up to tubes?

A Brief History on Wealth

The word ‘wealth’ derives from an old English word that meant happiness or well-being. We know, intellectually, that monetary wealth isn’t the same as well-being—but many people in modern society act as if money really can buy happiness.

Philosophers have seen the dichotomy between the accumulation of material wealth and actual well-being for thousands of years. There’s remarkable agreement between such diverse thinkers as Confucius, Buddha, Jesus, Plato and Socrates—they all urged followers to avoid the pursuit of wealth simply for wealth’s sake and to be aware of the other factors that contribute to an exceptional life.

Here are the nine non-money aspects to having "an abundance of well being" as the staff at Wealth Meta sees it:

Time, Freedom, and Having Options

One hundred percent of the time you spend accumulating wealth is time you’ll never get back. If all you do is work, no matter what your effective wage is, in terms of time and freedom you are poor.

Having an abundance of time to spend doing things you enjoy, including spending time with family and friends, contributing to making the world a better place and cultivating your own interests is one of the oldest, and perhaps most accurate, ways to define true wealth.

Options are a powerful thing in life. Having the ability to choose between two jobs, where to live, and the confidence to say ‘No’ when negotiating plays a major role in attaining your own version of happiness.

There’s ample evidence from scientific studies that the happiest people are those who have a strong network of connections with both family and friends. Yet aggressively pursuing material wealth often comes at the cost of relationships with both friends and family. Whether it’s because you spend every moment working in an effort to earn more or because you’re so frugal you never want to go out with friends, neglecting your relationships while building your net worth isn’t a good investment in overall well-being.

Sure, there are some health problems that money—or at least good health insurance—can solve. But both my husband and my mom died in the past three years from cancer that no amount of money would have cured. That’s extreme, but there are thousands of health problems, from recurrent migraines to chronic fatigue to inexplicable anxiety, that plague plenty of people in spite of unlimited financial resources. In fact, pushing yourself constantly to earn more can cause some of the health problems that then decrease overall well-being.

On Maslow’s hierarchy of needs, safety is the second highest priority for people, just above food and water. Many people take personal safety for granted but not having to worry about it is a form of wealth.

There are some ways money can buy you safety. You can pay extra to live in a nice area. At the extremes you could even hire a private security guard or live in a gated community. Money also gives you the ability to move if you need to.

But there are types of security that money can’t buy. If the city you live in isn’t safe—and this is common where there is extreme income inequality—you can’t buy the ability to safely ride your bike along the lakeshore.

On the other hand, many people (including me) feel more secure with a substantial financial cushion. That’s what emergency funds are all about—the peace of mind that you can get over the bumps that life tends to through at you. So this is a tricky one: financial means can buy a certain amount of safety and security, but true security often comes not from amassing a huge personal wealth but from building and investing in community that gives you not just money but also people to fall back on in hard times as well as a safe environment for everyone, in which you can safely let your first-grader walk to school alone.

Having credibility, a solid track record, and a clean rap sheet translate into many good things in life. Once your reputation is tarnished you can’t easily get it back.

A farmer once said - “I want to live my life good and honest so when I’m old and sitting on my porch I can remember back and enjoy it all over again.”

Ironically, there is evidence that having material wealth makes people behave less morally. It’s not an illusion: people who drive expensive cars are in fact more likely to cut you off in traffic. Rich people are more likely to shoplift, cheat, commit adultery, drink excessively and even take candy from children.

So if living a virtuous life is the true goal—as both Confucius and Jesus would argue—having material wealth will act against you, even if you don’t neglect your health, family or free time in the process of becoming wealthy.

It may be that people who seek to accumulate money have a bigger “inner jerk” that makes them want to steal. Or just that having lots of money makes it harder to empathize with others and promotes a feeling of entitlement.

Just like time, you can’t buy youth. Whether or not you can buy beauty is debatable—but most people would agree that while money can buy some beauty, there are limits.

Youth, however, is something that can be wasted, or spent in the the blind pursuit of financial gain without a real appreciation for the joys of youth. And like the Chinese proverb says, time is something you can never buy back.

Real status is another form of wealth that many people seek. Status is your rank in society, how important you are, how respected you are, and how closely you are associated with the best institutions and traditions. People with high status may have name recognition, belong to a network of other high status individuals, and own lots of really cool boats. Sometimes being rich and letting people know it is a form of status.

In any case, attaining status directly translates into opportunities to earn money and do interesting things that ordinarily would not be available.

Don’t confuse status with “social status symbols” which are just brand name products that have a shiny marketing mystique tied to them. For example, maxing out your credit to buy a fancy car to make your friends envious is not a form of status, that is just a form of spending money (which reduces wealth).

Status doesn’t have to be flashy. Nobel prize winners are generally not the richest people around nor the best dressed. But the status derived from winning such a prestigious award puts them way ahead of people with the same net worth.

You don’t need to win a Nobel prize or the lottery to generate status. You could have a degree from a prestigious university or have a poorly-paid but well-respected profession (many religious leaders would fall into this category). Either way, status has real value and it feeds back into broadening your options and your network.

Self Investment - Education, and Experience

People who invest in themselves tend to do a lot better when it comes to attaining the other forms of wealth listed here. While people with advanced degrees and incredible resumes can still be broke on paper, they have wealth in the form of confidence, aptitude, credentials, and the ability to add value to the world.

Investing in yourself, specifically your ability to add value, is something to pursue throughout life. Getting the most value for your time (both in terms of wages and personal satisfaction) is a function of self-investment.

Formal education, like completing a degree is a great start but it doesn’t stop there. Adding value requires training and experience. It involves ongoing “lifelong” learning, sabbaticals, taking new and interesting jobs and generally seeking out new experiences that push you out of your comfort zone. And value isn’t just monetary. It might be learning to play the guitar so you can play for your friends at parties or building social connections that last a lifetime.

The key here is the investing in yourself should be about personal growth, not with the sole goal of increasing your earning potential. That might be a happy side effect of self-investment, but shouldn’t be the only reason to invest in yourself.

According to Plato, “The greatest wealth is to live content with little.” Eastern philosophy has a similar message about having the wisdom to recognize and be content with what you have. In fact, you could say that wealth is a state of mind more than a number in your checking account.

Part of “feeling wealthy” is in comparisons. I’m not, by American standards, particularly rich—but living in Nicaragua surrounded by people who earned, in a month, less than I do in a day made me feel mindblowingly wealthy.

There are many ways to build traditional wealth—some of which can take away from your overall well-being, others of which don’t, like being mindful of your expenses without being miserly. Pursuing a high net worth at all costs isn’t a smart way to live your life. It should be just one part of the equation in how you decide how to allocate your time. Because after all, time is the one asset you can never get back once it’s spent.

Want to see how your financial situation would look if you worked less, or gave more to charity? Wealth Meta’s Income/Spending Simulator can give you an idea of the financial ramifications prioritizing the other types of wealth might have in your particular situation.

The post Nine Types of Wealth You Can’t Measure with Money is part of a series on personal finances and financial literacy published at Wealth Meta. This entry was posted in Financial Literacy
Previous Post:

Does Putting Money Down on a House Make Sense?