Is Grad School Worth It? Detailed Simulations and Discussion 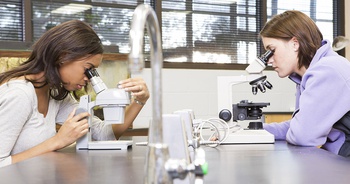 My master’s degree left me with over $80,000 in debt, at an interest rate that dwarfed the rate I got on my undergraduate loans. I’m not alone among my master’s degree-holding friends in having some doubts about the decision to go to graduate school.

It’s impossible to know what would have happened to my income or my career without my graduate degree—but it is possible to know what the average cost of graduate school is and the average wage bump for graduate degree holders. It is also possible (and highly advisable) to research and compare career paths to make sure what you are considering will “pay off” both money wise but also in terms of what you want to do with your life.

As with the comparison between a doctor and a plumber, the frustration for people like me is that while a graduate degree is often a good move for long-term financial success, in the short-to-medium term it hurts financially.

The Costs of Grad School:

The cost of graduate school varies dramatically, depending on whether the university is a public or private university, how long the program is and other factors like the cost of living where you’ll be going to school.

There are FOUR costs associated with graduate school:

There are plenty of different statistics around for the earnings bump graduate degree holders get, but according to the Bureau of Labor Statistics, people with a bachelor’s degree make, on average, $60,996 per year while those with a master’s degree make $72,852 per year.

Note that those figures are on average and factor out things like profession, location, prior experience and industry. It is critical to research what you can expect to earn after graduating in a given field, including talking to mentors and looking at industry-specific job boards and publications. The Indeed.com Salary Search tool can help with that. It is also important to look at job boards to get a sense of how many openings there are in a particular field and at what kind of companies. Most masters degree programs will publish stats on how many of their recent graduates found work in their field and what they are getting paid.

In some fields, like computer science, if you are going to do mobile apps or quality assurance, you really don't need a master's degree nor will it pay much more. But if you want to do something like artificial intelligence or machine learning, an advanced degree in that specific area is essential to landing a job.

Will You Hate Working In That Field?

Some people end up spending years in school only to find out they are not a good fit for their ‘chosen career’. I know a girl whose dad insisted she shadow a doctor as a medical scribe for a year before applying to med school, just to make sure she really wanted to become a doctor.

Will You Even Be Able to Get a Job In That Field?

There is a certain point where too much education turns into a bad thing in terms of being over qualified or over specialized. Some specializations are so narrow that finding a job would require moving to a new timezone. Business types tend to frown upon academic thinking since it isn’t focused on the bottom line and can be too theoretical and not practical enough. They say “those who can’t do teach.”

Using the Income Spending Simulator at Wealth Meta we can take a deep dive into the numbers when comparing lifetime earnings of a bachelor’s degree vs a master’s degree.

For the sake of simplicity, we’ll assume the following:

After 30 years, the person with a bachelor’s degree will have earned $2.43M dollars.

After 30 years, the person with the master’s degree will have earned $2.67M dollars, but paid $107,198 in tuition and student loan interest, bringing them down to $2.56M dollars in net earnings.

The lines between the two simulations cross around year 21, so the payoff requires patience too!

If you are curious about modeling your own scenario, use the Save As… button on the simulations (bachelor’s, master’s) and you can fiddle with the numbers to your heart’s content.

Your Mileage May Vary:

While the simulation would seem to say that grad school is barely worth it, the truth is much more nuanced and hard to tease out. The salary premium on a master’s degree varies dramatically by industry, as well as by demographic group. Some people don’t actually go to graduate school for an income bump, but rather as a way to enter a career that they will find more rewarding.

Besides the simulation only looks at the raw numbers, not the several other types of wealth we’ve discussed at Wealth Meta. Namely the status, personal connections, self investment and wisdom that will hopefully come with a master’s degree.

So should you go to graduate school? That’s a complex choice that each person has to make by evaluating individual circumstances, planned career paths and financial resources.

The post Is Grad School Worth It? Detailed Simulations and Discussion is part of a series on personal finances and financial literacy published at Wealth Meta. This entry was posted in Personal Finance
Previous Post:

Does Putting Money Down on a House Make Sense?