Is Freelancing Better vs a Full-Time Job 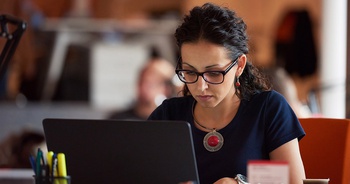 Many employees due to their small monthly salary or boring work dream of one day becoming independent. Not everyone is cut out for it though. Being “your own boss” comes with obligations and responsibilities well beyond what is required when employed by a company.

At the same time there are freelancers who operate on their own but would rather have a stable job and a steady monthly income for several reasons.

They say “the grass is always greener on the other side”, which is an old proverb meaning people tend to think other people’s situations may be better than their own.

Employees and freelancers both sell their time (either to an employer, or to clients).

For employees the daily work schedule and pay are agreed on up front. This provides a lot of certainty to the employee. They can confidently set up their budget because they can be fairly certain of how much they will earn each month.

Unlike employees, freelancers get flexibility, but also uncertainty. They have flexible working hours, they can work whenever and wherever they want. However, their earnings depend on how much they work, and how much steady business they have. Sometimes an important client comes along with a tight deadline which means working extra to squeeze it in. A freelancer can have a contract terminated or put on hold, but that is pretty rare. In general freelancers should consider having a larger emergency fund to tide them over when they are low on projects.

Benefits Package vs Being On Your Own

Employees typically get a benefits package that goes along with their paycheck. This can include: health insurance, paid leave, sick leave, parental leave, retirement insurance and retirement schemes, training and career development opportunities, etc.

Unlike employees, freelancers are on their own. They have to pay for their own health insurance, do not receive paid leave, plan their own budget and have to plan their own retirement. The Solo 401(k) plan in particular offers a powerful option for freelancers who want to tax defer a large portion of their income or contribute to a Roth 401(k).

Given the lack of benefits, freelancers generally need to charge more than an employee would to cover these costs. Another hidden cost to freelancers is taxes... Freelancers pay both the employee and employer side of social security taxes (called SE or Self Employment Taxes). Employees on the other hand only pay the employee side of social security taxes, while employers pick up their side automatically. Freelancers need to budget for quarterly estimated tax payments, which can be big (consider 40% of your income). However freelancers can also write off business related expenses (such as internet, laptop, supplies, etc.)

Full-time employees are safer than freelancers because they receive a regular paycheck. Down the road the company might change the agreement such as reduce hours, assign different tasks, or lay them off. So even though there is perceived stability, the rules can change. Typically unemployment is an option in the event of losing a job, which adds to the overall stability of being an employee. Larger firms that lay off workers en masse sometimes give employees a severance package that may include a lump sum payment of several months of work plus extended health coverage.

Freelancers have a completely different story. They can be terminated at any time. Sometimes it can be hard to collect any wages owed if the company goes under suddenly or decides to stiff all their contractors. They say contracting is “feast or famine”, that is when work is good, the money is rolling in, but there can be very lean times when nothing is coming in. Freelancers do not get unemployment, so being able to budget intelligently given a fluctuating income is a key skill for freelancers to develop.

Employees are essentially forced to follow the rules and culture of their company. This includes the dress code, methods of communication, how people treat each other, work outside of work habits (like checking email or attending social gatherings). Overtime work is paid in some companies (and mandated by law or union rules), while in others everyone is salaried and can be forced to work evenings and weekends during “crunch time”.

Unlike employees, freelancers control everything. They choose clients, how long they will work, if they get a job invitation they can turn it down if the job doesn’t suit them. If they want to wear an old wrinkled t-shirt to work, they can do that. If they want to clock out at 2pm and go have fun, they can do that too. Freelancers often have multiple projects / clients going at once (with varying rates of pay, deadlines, and challenges). That can be a lot to juggle. Time management is an important skill to being a successful freelancer.

Full-time employees meet colleagues every day. With any luck some colleagues can become friends who you will look forward to seeing on a regular basis. Companies often organize social events for their employees to help with morale (birthday parties, sports outings, etc). The flip side is, employees have less time for family and friends especially if they are expected to work long hours at the office.

Unlike full-time employees, freelancers do not have the opportunity to make new friends among colleagues, because they often work remotely or rarely visit the client’s office. Freelancers (and contractors) often work short term gigs so there is less of a chance to make friends. On the plus side this gives them much more time to spend with family and friends because.

Not every company has office politics, but over time there can be conflicts over power. Employees can get sucked into these petty struggles and it can be really draining on morale and productivity.

Freelancers are truly “independent contractors”. Freelancers are typically far removed from office politics. This allows them to focus on getting their job done with minimal distractions. There is beauty in the simplicity of this kind of work arrangement.

Companies motivate their employees in various ways. A positive way is the tradition of regular performance evaluations. These are sometimes tied to bonuses or possibly a promotion. Some companies have bosses who like to really “crack the whip”. I recall a specific project manager who would get right in my face first thing every day with coffee breath asking for the 10th time where some deliverable was at which I had been steadily working but had no new updates for… Other employers pit their employees against each other (another form of office politics).

As for freelancers, they do the marketing themselves, find the clients themselves and if they can't find a client they like, they continue until they find a quality client. It is very important for freelancers to find solid clients who treat them well, pay them on time, and ideally provide a steady stream of interesting work. To make it work freelancers have to be self starters. When they wake up in the morning, they don’t have to be anywhere at a specific time (unless they have a meeting on their calendar). That is part of the freedom, but the flip side is not to indulge in that freedom too much and actually get to work.

Whether you want to work in a full-time company or as a freelancer, it all depends on your personality and individual situation. Do you want to be your own boss or have a boss? Do you want to control your schedule or have others decide it for you? Do you like doing the same job every day or getting different jobs? Do you have a spouse with a steady job that would allow you to get into freelancing with fewer of the drawbacks? Answer these questions and you will know which method of working best suits you.

The post Is Freelancing Better vs a Full-Time Job is part of a series on personal finances and financial literacy published at Wealth Meta. This entry was posted in Personal Finance, Budgeting
Previous Post:

Budgeting for a Family Trip to Europe

How Will Bonds Do if Interest Rates Rise?