Cryptocurrencies - Get Rich Quick (or not) and Investment vs Speculation 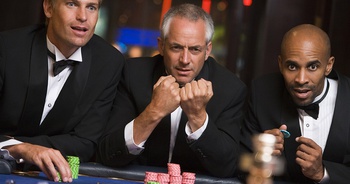 Bitcoin is hovering around a new high of $10,500 per unit (see graph here). Lots of people are giddy. And you might be wondering what role Bitcoin, among other cryptocurrencies, should play in your asset allocation.

It's easy to confuse speculation with investing because both activities involve the same action: parking your money somewhere in the hopes that when you come back at a future time to pick up that money, it's grown - after subtracting the "parking" fees you pay.

But there's a difference.

And according to the legendary founder of Vanguard Jack Bogle in his book Enough: True Measures of Money, Business, and Life:

"Investing is all about the long-term ownership of businesses. Business focuses on the gradual accumulation of intrinsic value, derived from the ability of our publicly owned corporations to produce the goods and services that our consumers and savers demand, to compete effectively, to thrive on entrepreneurship, and to capitalize on change. Business adds value to our society, and to the wealth of our investors."

And on the other hand, he writes:

"Speculation is precisely the opposite. It is all about the short-term trading, not long-term holding, of financial instruments - pieces of paper, not businesses - largely focused on the belief that their prices, as distinct from their intrinsic values, will rise."

(Learn more about Bogle's understanding of investing vs speculation in this interview discussion.)

And it's important to recognize the difference between the two because, according to Bogle in Enough, speculation is a loser's game:

"A simple example demonstrates that speculation is a loser's game. Assume that one-half of the shares of each of the 500 S&P stocks are held by investors who don't trade at all, and the other half are held by speculators who trade solely with one another. By definition, the investors as a group will capture the gross return of the index; the speculators as a group will capture, because of trading costs, only the (lower) net return. The obvious conclusion: investors win; speculators lose. There is no way around it. So the orgy of speculation we are witnessing today ill serves our market participants. It serves only Wall Street."

This same logic could apply to the cryptocurrency market, where middlemen (like Wall Street in the stock market) are making a racket.

Here's a breakdown of the differences between investing and speculation:

What makes Bogle's definitions of investing and speculation authoritative?

But, in the context of markets, you can do much worse than borrow Bogle's understanding of investing and speculation because Bogle is perhaps the most important figure in the history of American investing.

Another well-respected investor, Warren Buffett, said this about Bogle in his 2016 letter to shareholders:

"If a statue is ever erected to honor the person who has done the most for American investors, the hands-down choice should be Jack Bogle."

So are cryptocurrencies investments or speculations?

But cryptocurrencies, with the creation of Bitcoin and Bitcoin trading, have only been around for 9 years.

This short timeline, plus the characteristics that cryptocurrencies...

1: Have little, if no, intrinsic value

3: And are supported by "the ability to think somebody else is going to take [them] off your hands for more than you paid for [them]," as Bogle says in an interview in reference to gold speculation

Out of the real-world assets above, cryptocurrencies are most like gold in that they're a store of value. And additionality, to a lesser but growing extent, they're a means of payment like cash.

What does have real-world value is the blockchain technology that gives birth to cryptocurrencies.

And as such it's crucial to draw a line between cryptocurrencies and crypto-companies.

Cryptocurrencies are decentralized digital tokens. Among the most popular by market cap are Bitcoin, Ether, and Litecoin (you can see others on coinmarketcap.com). These tokens are a store of value and form of payment much like fiat currency. But unlike fiat currency, they're not created and backed by a central government authority.

They're backed by blockchain technology - a distributed database of digital transactions "that is maintained by various participants in a network of computers."

(For a deeper dive into what Bitcoin and blockchain are, I point you here or here or here. )

And crypto-companies are businesses that invest in blockchain by building applications on top of or centered around the technology. Applications with real-world use cases for land ownership, health records, banking, corporate governance, and much more.

Crypto-companies may or may not sell their own cryptocurrency through an Initial Coin Offering (ICO) to raise funds. If they do, the resulting cryptocurrency doesn't necessarily give you equity stake in the crypto-company however. In fact, ICOs usually do not offer you equity.

It follows that buying the crypto-currency of a crypto-company from an ICO most likely means you only own the token - not the company that issued it. Which means, by Bogle's definition, ICOs are most likely not investments, but speculations.

1: Investing is about long-term ownership of assets with intrinsic value. Speculation is about short-term trading and price fluctuations.

2: Know there's a difference between investing and speculation because speculation looks like gambling, and at the casino the house usually wins.

3: No one ultimately knows what'll come of cryptocurrencies, crypto-companies, and the blockchain.

4: Remember, compounding returns (which benefit from longer time horizons) and low investment costs are two of your most powerful tools for investment success.

The post Cryptocurrencies - Get Rich Quick (or not) and Investment vs Speculation is part of a series on personal finances and financial literacy published at Wealth Meta. This entry was posted in Financial Literacy
Previous Post:

Being a Plumber vs. Being a Doctor - Net Worth Simulations