To Snowball or Avalanche Your Debt? 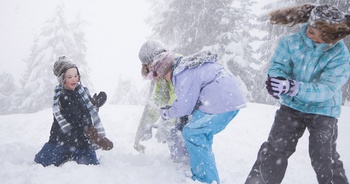 Paying off debt can seem like a momentous task. If you have several loans or credit lines, it can be tough to know where to start and which loans to prioritize. There are several philosophies on how to pay off debt, but two of the most common are the debt snowball and debt avalanche. Read on to understand the differences and decide which one is right for you.

What is the Debt Snowball Method?

For example, let’s say you have a mortgage, an auto loan, several student loans, and credit card debt. The first step is to write out each of your loans, then sort them in order, largest to smallest. Your list might look something like this:

Once you have your list, you will see the balance of each loan, and you can budget to pay off your smallest loan aggressively. You will continue to make the minimum payments on every balance, but any extra funds will go toward paying off the smallest balance. In this case, credit card 2 will be paid off first.

Then, once your smallest loan is paid off, you will put any additional funds each month toward paying off your second smallest loan, and so on. Additionally, now that you have fewer minimum payments to make, you can also apply the minimum payment of the loans you already paid off toward your next largest balances.

What is the Debt Avalanche Method?

The debt avalanche method is similar to the debt snowball method, but instead of prioritizing loans by balance, you’ll prioritize them by interest rate.

In this case, you would want to pay off credit card 2 first because it has the highest interest rate.

Ultimately, each person should do the math on their debt and see which method will be best for them in the long run.

Which one is best for you?

Depending on your unique situation, the debt avalanche might be more advantageous, or the debt snowball might work best for you. Let’s look at a couple of examples.

First, each person should start by listing their debts, including the interest rate and balance. Then, evaluate if one balance or interest rate is exceptionally high. Your table will look something like this:

Once you can see your debt balances and interest rates, some things might stand out to you. For example, you might notice that you have a credit card with a high balance and a high-interest rate and realize that it is cost you hundreds of dollars in interest per year. You might also notice that your most considerable debts can have some of the lowest interest rates.

If you are interested in minimizing the total interest you pay to banks and credit card companies you will want to use the debt avalanche method to eliminate that debt (and resulting interest charges) as quickly as possible.

If you have several small debts and struggle to remember where to make your monthly payments, you may want to use the debt snowball method. This will help you eliminate your small debts quickly to focus on paying down your more enormous debts. Paying off that first debt is a major financial and psychological victory.

The debt snowball and the debt avalanche methods are viable options for people who want to become debt-free. The debt snowball method allows quick wins because a person’s first loan can be paid off quickly, thus encouraging them to continue the debt payoff journey. However, the debt avalanche method encourages people to spend less on interest, making their debt more manageable.

The post To Snowball or Avalanche Your Debt? is part of a series on personal finances and financial literacy published at Wealth Meta. This entry was posted in Personal Finance
Previous Post:

Currency Brokerages 101: How to Use and What to Avoid