So You Won the Lottery - Is the Lump Sum Payment Best? 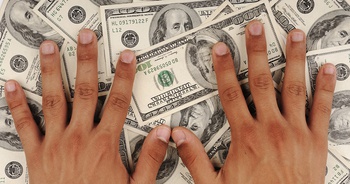 Woohoo! We all love thinking about winning the lottery and wonder what we would do with all that money in one place. But lotteries, as well as other prizes, can ruin your life, too. For most of us this is a purely theoretical dilemma, but if you do win the lottery, should you get it all in a lump sum or take an annuity, in which you get a certain amount of money, say $100,000, per year for a set number of years (or for life)? Here are the advantages and disadvantages of each options.

Taking a lump sum as one major advantage: You get all the money now and you can invest it. If you die the next day, you can leave it all to you heirs.

In most cases, the annual returns you’ll be able to earn might dwarf the size of the annual annuity payment. For example, if you invest $10 million, at a 4% withdrawal rate you would be able to withdraw $400,000 annually without cutting into your $10 million nest egg. Versus, for example, if you got the same amount of money spread out over 40 years, you’d be getting $250,000 per year—and you wouldn’t have the nest egg.

Using our Income Spending Simulator, assuming the goal is to go broke after 40 years, here is how the net worth plays out with the Lump Sum Option vs the Annuity Option.

From a financial perspective, the biggest downside of taking the lump sum is taxes. If you take the lump sum payout, it will be subject to the highest tax bracket. Lottery winnings are taxed based on the year you receive the money. If you spread that money out over several decades, how much you pay in taxes will depend if taxes go up or down in the future.

But the real biggest downside to the lump sum, which is a hidden risk, has to do with human nature. There are plenty of stories out there of people who win the lottery and then blow through all the money in a few years - and are left with nothing (or worse, poor health, drug addiction and massive debt). That can only happen if you take a lump sum payment. If you get the money spread out over decades, you can’t lose it all in one year… because come January, you’ll get another check.

It’s not quite as exciting as the lump sum, but getting a check every year isn’t a bad thing, either. It can reduce the amount of total taxes you pay, though exactly how much depends on many factors. Depending on your filing status, you might not get into the top tax bracket until you’re earning over $400,000 per year as lottery winnings are taxed like regular income. The lump sum simulation assumes a 50% tax rate on the winnings, but the annuity simulation assumes 35%.  The exact tax ramifications of a lottery win vary dramatically by state, filing status and many other factors.

The payments option also dramatically decreases your net worth, however, compared to taking the lump sum and investing it. So the money is not working for you behind the scenes with the annuity option like it could be with the lump sum.

In general, money now is worth more than the same amount of money in the future. That’s because having money in hand today is better than the promise of getting it tomorrow, plus it can be invested or used to pay off debt. So when given the choice, it’s always a better idea to take money now instead of later—at least assuming you have the self-control not to blow it in a couple years.

The biggest advantage to getting a yearly payment instead of a lump sum is about human nature, as I discussed above. If you’re the type of person who can quietly invest your lottery winnings instead of blowing through them, you’re better off with the lump sum. If you’re the kind of person who might be tempted to spend it all, the investment and tax rationales don’t really matter—you’ll be better off with an annuity.

In fact, thinking about the difference between lottery lump sums and a yearly payout is a good metaphor for many financial decisions. There is usually one option that is clearly best on paper, but since there are multiple forms of wealth besides money and each has its own importance to us, we need to take the whole picture into account when we make financial decisions.

Whenever you are faced with a choice between a lump sum and an annuity it makes sense to model both scenarios using our Income Spending Simulator.

The post So You Won the Lottery - Is the Lump Sum Payment Best? is part of a series on personal finances and financial literacy published at Wealth Meta. This entry was posted in Financial Literacy
Previous Post:

10 Ways to Instantly Improve Your Budget