Can (And Should) You Retire Overseas?

Moving abroad after retirement is an attractive idea, but there are many things to consider. Perhaps you’re daunted by the amount you need to save for a comfortable retirement in the United States? Or maybe you’d just like better weather, or you’ve always wanted to live abroad but couldn’t take your job overseas? If you’re considering retiring abroad, here are some things you should consider.
Wealth Meta
https://www.wealthmeta.com/
Emily
/users/a762179f6fcbaf0ffa4e60eeb0566d07/emily
April 30, 2018, 9:46 p.m.
Jan. 26, 2018, 10:48 p.m. 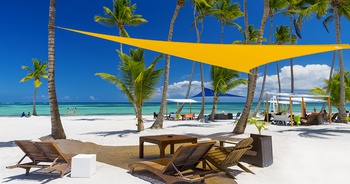 Moving abroad after retirement is an attractive idea, but there are many things to consider. Perhaps you’re daunted by the amount you need to save for a comfortable retirement in the United States? Or maybe you’d just like better weather, or you’ve always wanted to live abroad but couldn’t take your job overseas? Retiring in a foreign country with a low cost of living is promoted by magazines, seminars and even some countries that specifically hope to attract retirees. In this post I break down the major aspects of retiring abroad and how it impacts your life and your money.

Many people choose to retire abroad because it allows them a better standard of living than if they stayed put in the United States. However, retiring abroad is not always as cheap as some think it will be.

You can get social security if you’re living abroad, and the payments will be the same as if you were living in the United States.

If you have a substantial amount of money in tax-deferred retirement plans, there might also be tax benefits related to withdrawing the money when you’re not a resident in the United States. Check with your CPA about that.

Depending on where you’re planning to retire, you might find that the cost of living is substantially lower than in the United States. I live in Nicaragua, and my monthly rent for a two-bedroom house is $475. It’s not a fancy house, but it’s comfortable and very conveniently located. A comparable house in my hometown (Portland, Oregon) would cost at least three times as much. A meal in a restaurant—even the fancy, expat-oriented restaurants—is around $10. There’s also the ease of hiring household help: I have a woman who cleans my house for two hours a day, six days a week… all for $30 per week. So your retirement funds might go a lot further than they would at home.

There’s also the possibility of warmer weather, abundant tropical fruits and exposure to a new and interesting culture.

Retiring abroad will also mean incurring some costs you might otherwise have avoided. Some countries have substantially more taxes than the United States does, whether it is taxes on income or value-added taxes. In Nicaragua, though, retirees don’t pay any local taxes… you’re only taxed on income that you earn in-country. This can vary dramatically by country, so it’s definitely something to research ahead of time.

Don’t fall into the trap of thinking that retiring in a third-world country will mean you can live on third-world income levels. Unless you are willing to live in the same conditions as an average person in a third-world country (most retirees expect, among other things, electricity and indoor plumbing), you will be paying substantially more for your living arrangements than you might expect based on the overall economic development of the country you live in. In Nicaragua, you’ll still likely be paying less than you would in the United States. Not all countries are the same, however. Costa Rica, Nicaragua’s neighbor to the south, is generally just as expensive as the United States when it comes to housing.

Uprooting your life just as you’re entering retirement, however, isn’t easy. Retiring abroad means leaving all of your friends and family behind. You’ll have to learn a whole new system for doing things and will likely have to interact with everyone in a new language. Moving abroad can be a challenge under any circumstance… and that’s just as true when you’re retiring abroad.

There’s also another potential minus: The cost of medical care.

Each country has a different health system, so researching your prospective new home… including it’s health care system’s quality and costs, is essential before deciding to move overseas. The health care system in Nicaragua is actually one of the country’s biggest draws for retirees. The system is good and it’s very inexpensive, especially if you’re not dealing with a major health problem. In general, a doctor’s visit costs between $10 and $20 in Nicaragua, and you pay in cash, at the time of the appointment.

You can keep Medicare coverage even if you’re not residing in the United States, and that might be a good option if you might return to the United States at some time or you want to keep medical care in the United States an option. Medicare part A, which covers hospital bills, is free for most people over 65, so there’s no reason not to enroll, even if you’re not in the U.S. Medicare part B, however, which covers doctors’ services, has a monthly cost of up to around $400 per month—but if you don’t enroll and choose to do so later, the monthly premiums could be 10% higher for every 12-month period that you were eligible but chose not to enroll.

Unless you never want to see your family or friends again, you’re going to also be budgeting flights back to the United States. If you expect your adult children and/or grandchildren to come visit you, you might be disappointed—they might not want or be able to spend the money on airfare.

Living in another country, especially if you don’t speak the local language, can also make for an isolating social experience. Loneliness is already a problem as people age, so you should have some idea of how you’ll remain socially active if you do retire abroad.

I live in Nicaragua and the city I live in is brimming with retirees from the United States. These retirees are almost always upper-middle class, healthy and married. I have yet to meet a retiree who is widowed, one who is over 80, or who has serious health problems. The retirees here generally have the means to buy a $100,000 home in cash. There are ways their life is probably easier here than in the United States—I doubt, for example, that they are wealthy enough to employ a full-time housekeeper in the United States, but can do so easily here. They would not, however, be destitute or even poor as retirees in the United States.

At the end of the day, retiring to a low cost of living area, no matter where it is, comes with tradeoffs. Some aspects of your budget become more affordable (housing, food, household help). The location, climate, and culture may be amazing. However taxes and medical care are complicated, possibly a wash or worse. Then there is your social life to consider, the challenge of learning a new language / culture, and the extra cost of travel home if needed.

For some people, retiring abroad is a good option. It’s not, however, a fix for not having saved anything for retirement throughout your working life.

The post Can (And Should) You Retire Overseas? is part of a series on personal finances and financial literacy published at Wealth Meta. This entry was posted in Family and Finances
Previous Post:

Is It Better to Be Hourly or Salary?